In response to recent COVID-19 concerns, we are writing to assure our clients that we are taking recommended precautions.

Would you like to switch to the accessible version of this site?

Don't need the accessible version of this site?

Surge in divorces anticipated in wake of COVID-19 quarantine

A wave of divorce filings is expected to break across the country when COVID-19 confinement ends, according to several divorce attorneys.

While access to courts is now limited, "when those restrictions are lifted, I have no doubt that there will be an overwhelming number of filings," said New York divorce attorney Marcy Katz. In Chicago, family law attorney Robert Segal expects a "deluge" of divorce cases.

"This is what we are hearing around the country," said Susan Myres, president of the American Academy of Matrimonial Lawyers. "We are fielding calls right now from people who are tired of being in the same house with each other."

Tune into ABC at 1 p.m. ET and ABC News Live at 4 p.m. ET every weekday for special coverage of the novel coronavirus with the full ABC News team, including the latest news, context and analysis.

In jurisdictions that have shut down their filing systems, she senses "there will be a rush to the courthouse" when operations resume.

MORE: COVID-19: Why are men more impacted than women?

Tension bred by forced proximity is only one reason cited for a spike in divorce after the COVID-19 crisis. Katz has found that it "may also be due to the fact that people are coming to terms with their mortality and want to make positive changes in their lives." 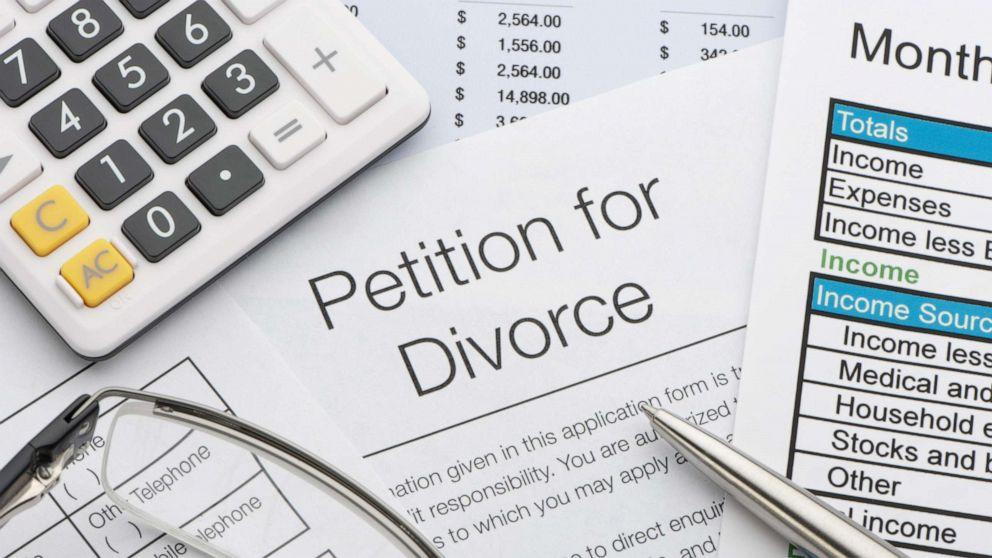 Segal puts what he sees in a broader context. "We are living in a polarized society," he said. "And that extends to the home. People are less willing to compromise, less willing to work things out."

Financial stress combined with confinement is also pushing some marriages to a legal and physical breaking point. Myres paints a vivid picture behind some of the calls divorce attorneys are getting now: "If you are stuck in a little apartment and one of you has been laid off or maybe both of you have been laid off and you've got kids and it's loud and you're tired and everybody is on high adrenaline fear, if you don't have good coping skills, it's not surprising that domestic violence is on the rise."

And domestic violence, she added, "is a component in many of our relationship breakups."

MORE: How isolation during coronavirus can impact those recovering from addiction

But togetherness forced by stay-at-home orders has in some cases led to resolution rather than dissolution. On Tuesday, for example, a couple in the process of getting a divorce told Myres that "being stuck together brought them to resolve they were going to stay together. So we dismissed their case."

What to know about coronavirus:

If the expected breakup surge does happen when stay-at-home orders are lifted, it would be the opposite of current trends. A study published by the American Sociological Association found that divorce rates have been trending downward especially among younger couples since 2008. A rough estimate for the overall divorce rate of first marriages is 40% to 42%, according to Howard Markman, co-director of the Center for Marital and Family Studies at the University of Denver.

Forecasts of a divorce spike are based on attorneys reporting a surge in inquiries plus a rise in filings where electronic submissions are permitted. But divorce lawyers are hesitant to put numbers with the prediction. Next week, the AAML will conduct a nationwide survey of its members that will yield figures on just how widespread the lockdown breakdown of marriages may be.

Thank you. Your submission has been sent.

Attorney Advertising. This website is designed for general information only. The information presented at this site should not be construed to be formal legal advice nor the formation of a lawyer/client relationship. [ Site Map ]

See our profile at Lawyers.com or Martindale.com